The importance of Chiropractic Care for an Aging Population
by Dr. Grey Gardner 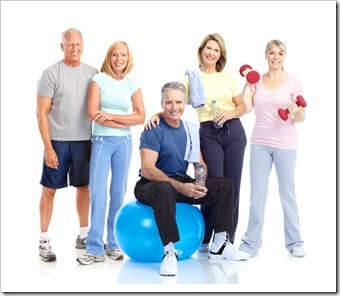 Numerous factors in a person’s life and lifestyle seem to have an effect on whether or not they chose to use the services of a chiropractor to help them through their daily activities. Recently, Chiropractic & Osteopathy, a publication of the Chiropractic & Osteopathic College of Australasia presented some interesting findings.

The study in particular took a look at the Chiropractic visitation habits of older Americans. The study researchers interviewed some 4,000 seniors of age 70 and over to find out how frequently they visited chiropractors. Interview results were also correlated to Medicare records.

It was discovered that 4.6 percent of Americans 70 years of age and over take advantage of Chiropractic services. These people most likely suffered pain and had a means of self transportation to get to the chiropractor’s office. These findings were reported by Dr. Fredric Wolinsky and Dr. Gary Rosenthal of the Center for Research in the Implementation of Innovative Strategies in Practice. It was conducted at the Iowa City VA Medical Center.

Additionally, people who see a chiropractor for assistance are very likely to continue with Chiropractic services. The report showed that over a 4 year period that about 30 percent of those seniors who did have Chiropractic visits continued to visit their chiropractor in three of those four years. From this, researchers concluded that these seniors made Chiropractic a regular part of their healthcare regimen. It was discovered that the volume of Chiropractic visits was lower for those who lived alone, had lower incomes and poorer cognitive abilities. The volume of visits was higher for those who were overweight and for those with lower body difficulties.

Persons with arthritis pain were also frequent Chiropractic patients. One surprising conclusion of the study was that Chiropractic use among older Americans is less frequent than has been reported in other sources for the United States as a whole, according to the researchers. However, usage remains frequent for older adults experiencing pain who have sufficient finances, available transportation and a geographic location in proximity to a chiropractor.

Studies show that chiropractic can help anyone, from babies to the elderly, so get in touch with us today and find out what we can do for you!